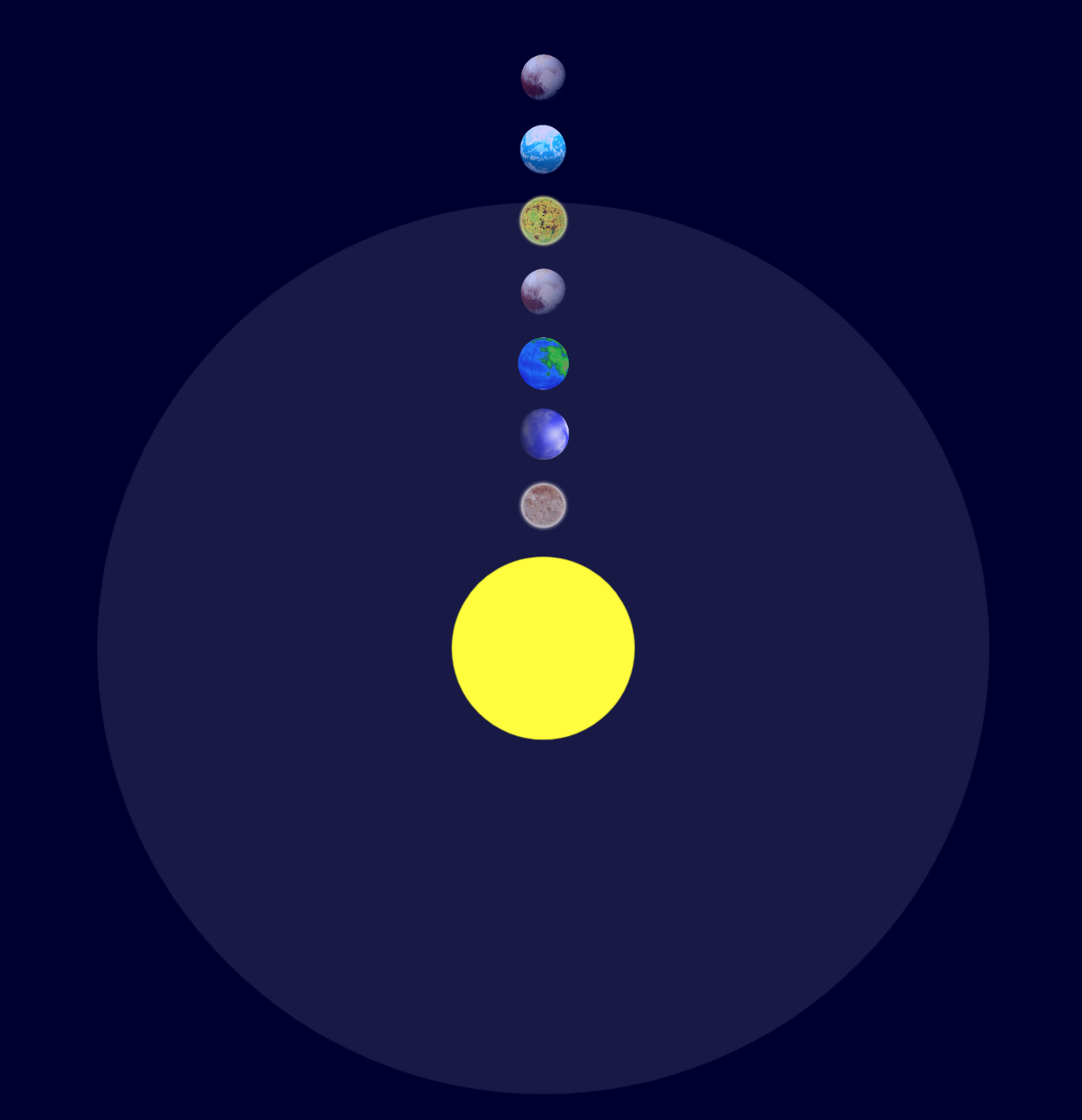 In our last update, I mentioned the following:

There are a lot of other considerations we're going to make with regard to the actual space of our universe and how we define other terms like solar system, galaxy, etc. I'll save that discussion for until we have some more dev work to show for it. For now, we'll be assuming a universe that looks mostly like the one we already know.

We've got some work to show for this, so let's dive in!

The only change right now for solar systems is with their planet distribution. This will be something that will be determined upon universe creation, and we will be forcing a maximum of 11 planets per solar system across the board. This was initially a result of space constraints with the new solar system view, but there is another and possibly more important consideration that higher planets-per-system tends to balance the game away from actual conflict and more towards planet hoarding.

As for that new solar system view, it is changing in a small but significant way in that you'll be able to view planets "underneath" them within a single map visualization. This is different than the current game where you have to actually click on solar systems to access their planets. The example below shows this new view in action.

Reducing clicks is going to be a driving factor in alot of our design decisions for the new version. We want players to be able to process information and make decisions with as little friction as possible. The map will play a significant role in achieving this goal.

As for the planets themselves; it's going to be somewhat of an experiment as we slowly reintroduce basic game mechanics. At the bare mininum we're expecting to reconsider planet sizes, which will also impact (1) population handling and (2) how we balance available building space.

We do have to be careful to not take this too far, as we're not trying to operate a complete world simulator on a per-planet basis. The goal isn't realism for realism's sake, but rather we want to see if there are opportunities for increased thematic and gameplay depth that we can attain without sacrifice to playability.

The groundwork is now in place for some of our new entities. In particular: 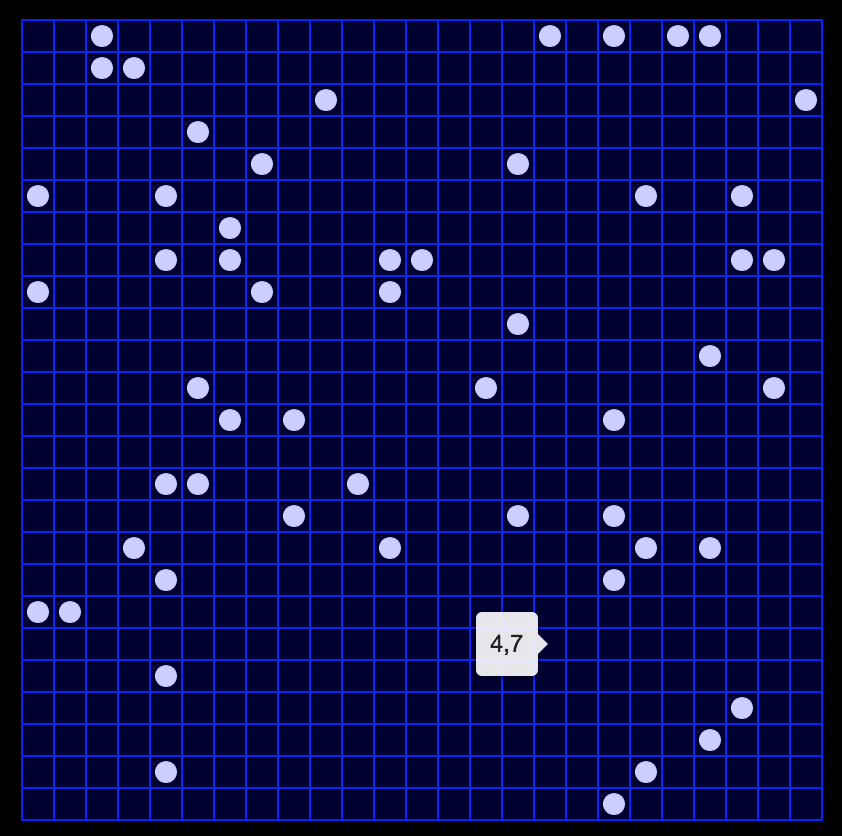 The grid above is a new overlay for the game map. This isn't aesthetic fluff; we're now allowing interaction with the space in between solar systems, which is something we've talked about for a very long time. You'll actually be able to send units to individual map coordinates, where before you were limited to targeting individual solar systems.

This will open up a ton of tactical depth as conflict will no longer be solely focused on overtaking planets. This will also open up other long-requested features such as re-routing fleets in transit.

This will likely be a per-universe option that players can turn off if they want to run a "classic" custom game. In general, we want to treat new features more as optional additions than full replacements.

Next Up: Empire Relationships

We've made good progress in our first month in alpha, but there hasn't been a whole lot of game to actually play. We can expect that to change in this next phase of development.

Now that the basic space entities are in place, we'll be focusing on rebuilding how you interact with your empire itself. This will include the redesigned family unit, the re-introduction of alliances, and most importantly rebuilding the experience of expansion.

We've got another productive month ahead. If you're interested in getting in on the pre-release action, a donation of any amount will get you access, and support our development efforts as well.

Thanks for reading, and we'll see you out in the cosmos!

It's time for time! Ticks in The Alpha are now running, and they come with some snazzy upgrades. Tick-speed options are built in by default and won't require different games to be on

The alpha went live recently, though it is still in a very early form. As of now, it isn't accessable further than the title page but very soon we'll be rolling out access

Rule The Galaxy!
—
Imperial Update 2018.4: Redefined Entities and A New Map
Share this