Roughly a year ago I wrote about our plans for 2017. I'd lke to revist them here, reflect on our progress, and discuss plans for 2018.

Once again though, I would like to first thank all of you for keeping the game alive. IC's had a tough few recent years but thanks to your enthusiasm and support, I do believe we are experiencing the early stages of a revival.

This just isn't me hoping and dreaming; it's in the numbers. 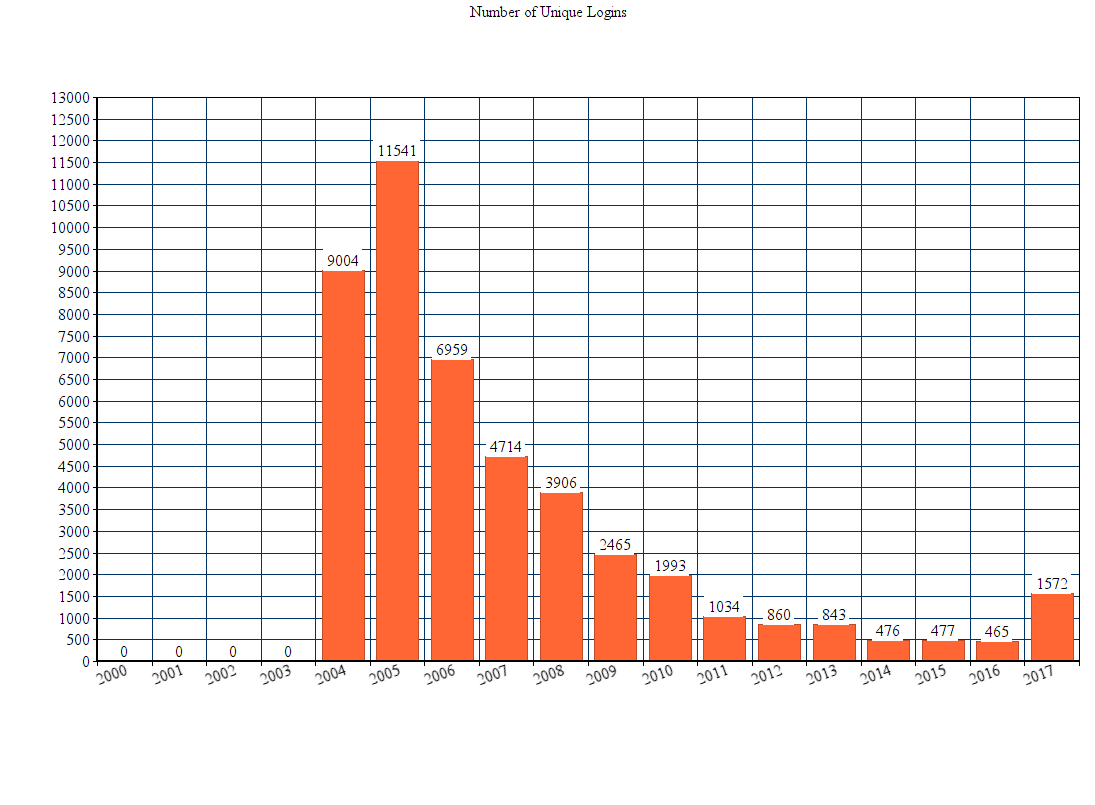 These are the number of unique players that managed an empire, year over year, since 2004.

We do have to be careful about reading too much into these numbers as they don't represent "active players". Unfortunately, we don't have that data collected prior to mid-2016. Still, this does show more than a 3x increase in the number of players who managed an empire at some time this year. It's also the first time we've broken 1,000 players in a year since 2011, 6 years ago.

A big chunk of this increase, nearly half in fact, is a result of a paid ad campaign I tested in March. Unfortunately, due to a drop in Patreon subscriptions (more on that later), we're now farther away from running continuous promotions that would help sustain this kind of growth.

The good news is, even without those players we still saw roughly a 2x increase over 2016.

This isn't the only metric that matters, but to me it is an important one. It's proof that interest in the game has increased, and our job now is to make sure said interest is not only rewarded, but sustained.

On that note, let's get onto features and plans:

Our plans for the mobile app didn't come to fruition this year. Unfortunately, there are still enough significant dependencies on the backend that are preventing us from moving forward on this.

We are not without progress, however. The backend itself is in the middle of being transitioned onto a new tech stack that is going to impact nearly everything, including a proper interface redesign. This isn't just talk either; I'm actively using a new admin interface that is built on the new backend to help me manage the game. In fact, it helped me suss out and ban several naughty IA-ers (cheaters) a few Milky Way rounds ago.

Anyway, the new backend is going to continue to open up a lot of possibilities, but whether or not one of those possibilities is the mobile app will depend on how much time I can dedicate to IC in general.

We split the tick!

In April of this year, we opened up our first ever semi-public test server, running minute-long ticks. It proved to work quite well, and just this month we announced our first every official "chaos" round. In a few days our first group of chaos empires will be capping off 2017 with an intense 48 hour flash round.

There is still work to be done, including allowing for game pauses, other tick variants, and other features. I am very happy though to be able to say that we're finally seeing this happen after literally years of requests.

We raised $1,569 this year, which is just over $130 per month. Thanks to you guys, Imperial Conflict was able to cover its costs of operation. Not only that, but we did this all without having to resort to pay to win type features or ad banners on the site. It makes me incredibly happy that our community, which includes you reading this, is able to keep the game afloat without compromising the experience. At our height, we nearly hit the $300 per month mark.

Now, the less fun fact here is that this only covers operational costs; it doesn't cover development costs. That same $1,569 lets me work full time on the game for 82 cents an hour — which just isn't a viable amount for me to dive into development as much as I really want to. Unfortunately, we've also lost a few or our higher-tier subscribers and have overall lost about 49% of our funding from its peak. =( Ouch!

I clearly have more work to do to keep our Patrons happy, and take this loss of funding as constructive criticism. That said, we still have plenty of opportunity for new Patrons, so if you're enjoying the game please consider supporting IC!

The game is going to stay online no matter what; it isn't going anywhere. I'll always be doing my best here to keep moving it forward, but the more subscribers we get, the more we can guarantee further development.

Every subscription makes a difference! Feel free to add yours below:

We saw a lot of other new features this year. Here are 5 of my personal favorites:

Up until this year, you couldn't actually watch the game without having an account. This is no longer true, and guests can peek into the galaxies and click around the map, systems, and planets just as players can. This is an important step in IC becoming a spectator game.

For example: here is Milky Way 54's galaxy, publicly viewable to all. Click the image bleow to actually see it in-game. 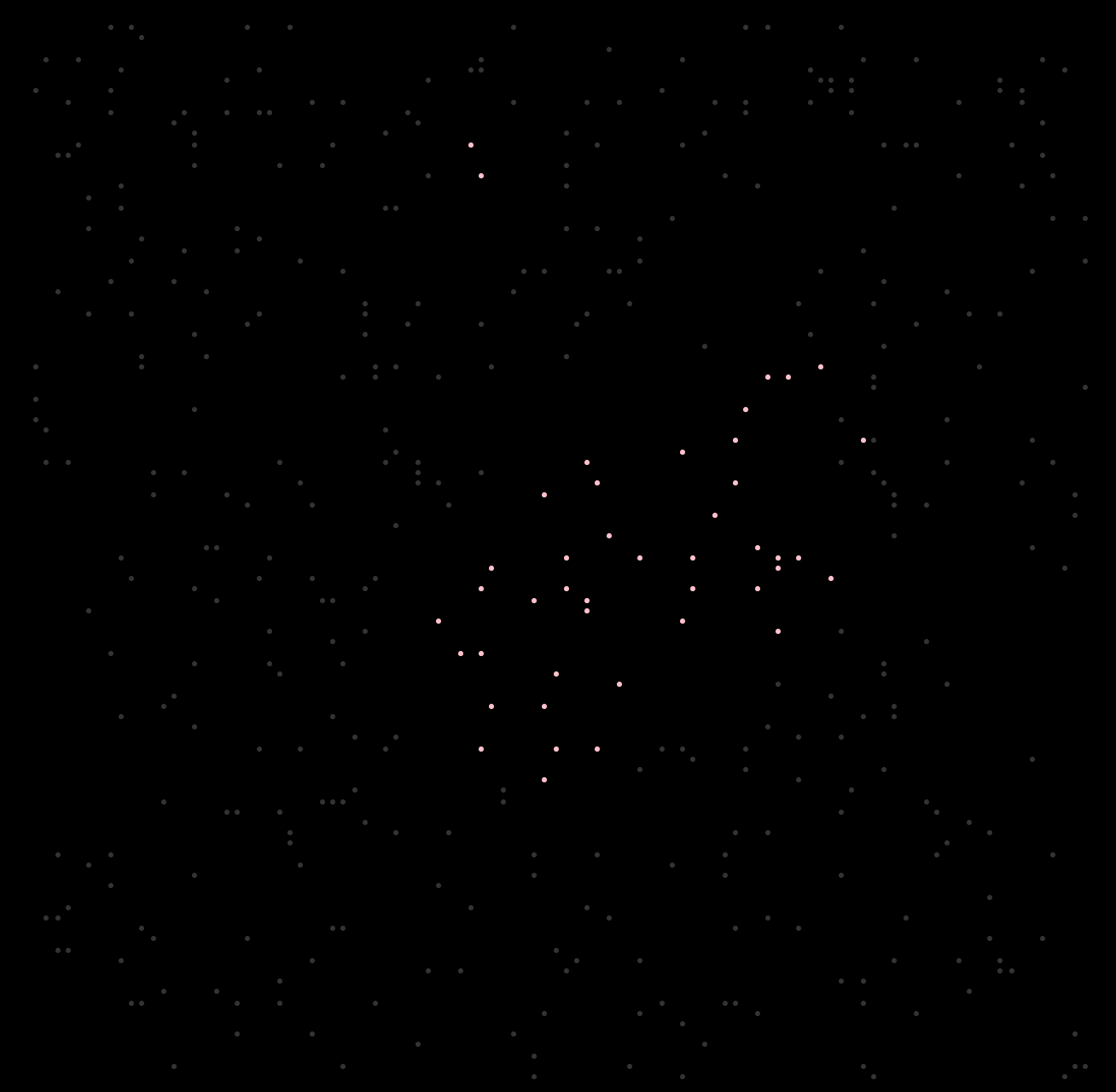 Related to this change was the persistence of galaxy data; for years we would literally reset a galaxy after a round, which would wipe its data clean. We no longer do this, and instead set up a new galaxy each time with a new round number.

This is what allows the link above to work; Milky Way 54 ended several months ago but the families and empires who played will now permanently be viewable in their final turn.

Our map got entirely rewritten on top of the wonderful and open source Leaflet library. This is the same kind of technology that powers real-life street maps, which is super cool.

This update brought all kinds of cool features, including the ability to see your portalled systems on the map for the first time. 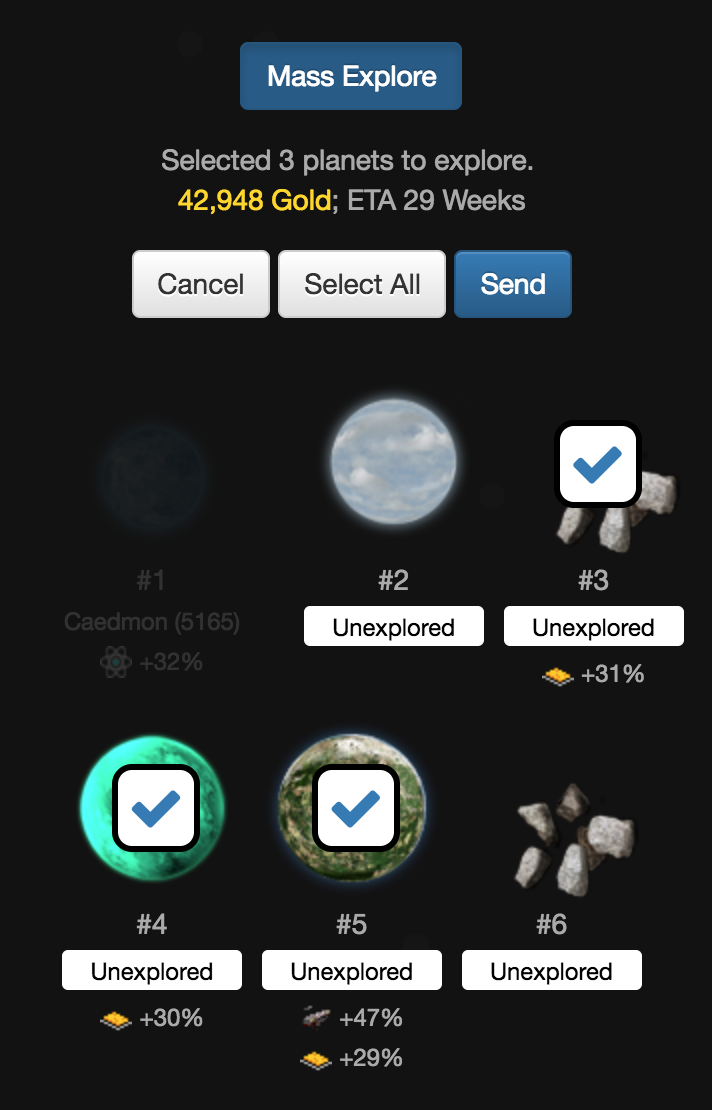 This is a good example of long-overdue UX improvements to the game. Instead of having to click and click and click and needlessly go back and forth between pages, we should be able to simply perform actions en-masse where appropriate.

It makes the game easier to play for the player, and reduces server load for the game. I look forward to bringing more of these kinds of improvements in 2018. 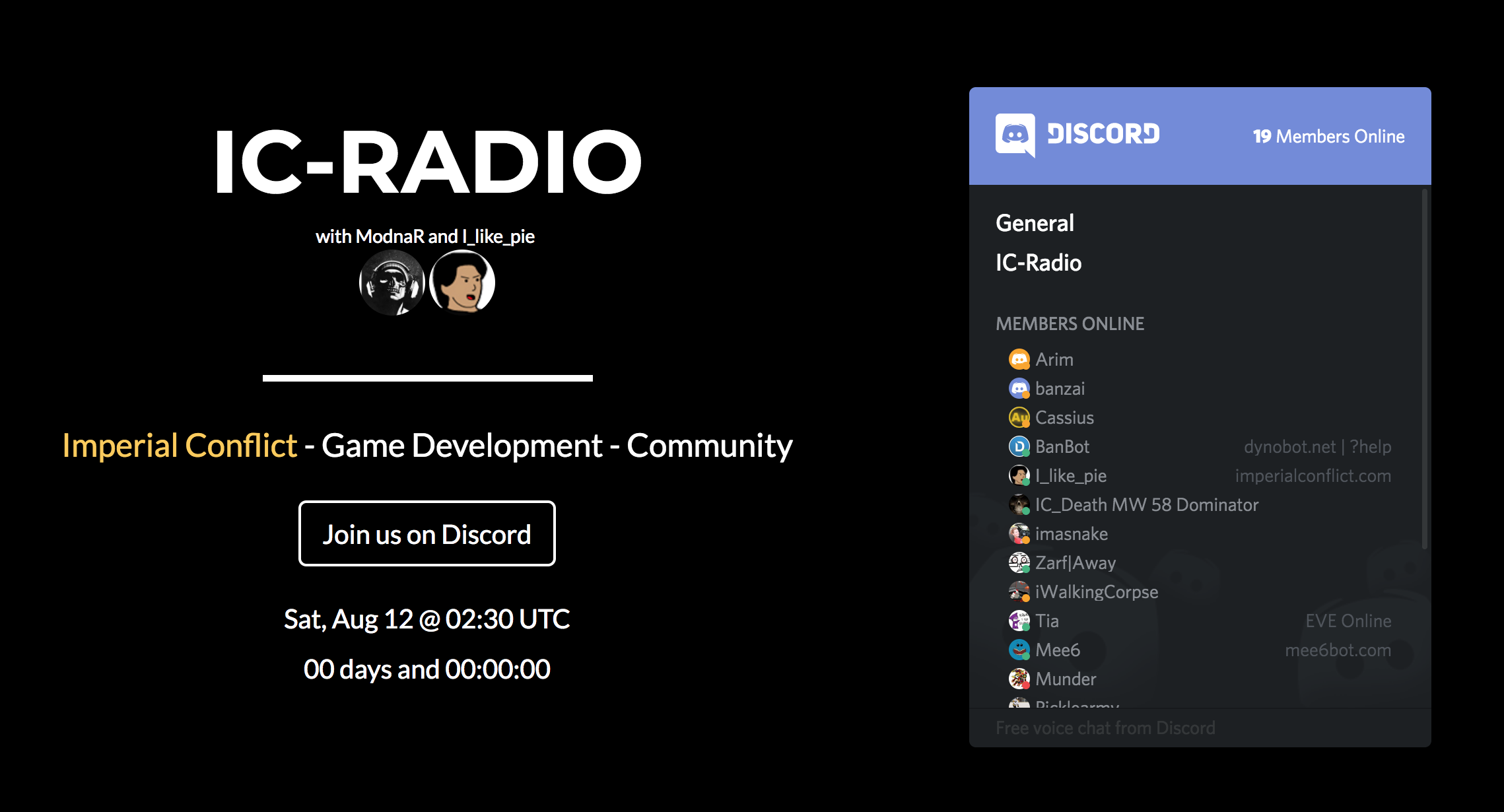 Unfortunately short-lived, but still a hell of a great time. I would love to bring this back in 2018 if the stars align. At the very least, I would like to release the 10 episodes we recorded as a short podcast series.

A big thank you to all of you who listened in, interacted with us on air, and especially to @Modnar for getting it started to begin with. Can't forget @Darrk either with his color commentary.

12 years ago I had the honor of starting our first, but unofficial, wiki. Thousands of player-contributed articles came together in the form of all kinds of valueble content, including and especially player history and game lore.

Sadly, over time the wiki became a spam farm that we just couldn't keep up with and its usefulness dwindled as a result.

I'm pleased to announce that earlier this month, IC-Wiki came back and for the first time as our official wiki. Select articles are being ported over from the old wiki, and we are actively looking for IC Historians who wish to contribute.

The game is nothing without its community, and 2017 marks 17 years that we've been online. I look forward to our wiki once again becoming a great repository of game and community information. With your help!

Here are the 5 features I'm most looking forward to, besides the mobile app and the backend overhaul.

Thank you all, and Happy Holidays

2017 marked the first full calendar year that I had the pleasure of running Imperial Conflict, and I want to thank all of you for making it awesome.

I sense great things for 2018, and Imperial Conflict welcomes you to another year of friendly battles. Whether you're blood-thirsty, economy-focused, or anything in between, we look forward to chronicling your empire as a part of our collective history. More importantly than that though, we look forward to you being a continued member of our great community.

Some Goodies for Our Loyal Patrons We've been focusing on improving the quality of perks for our Patreon subscribers. Imperial Conflict is not and will never be a pay-to-win game, thanks to the